Dedicated in loving memory to Nettie Becker, lifelong teacher and fighter for peace, the rights of working people, and a better world for our children.

Forty Years of Attacks on Labor

For the past 40 years, beginning with the administration of Ronald Reagan, Republican administrations have deliberately and systematically put the government on the side of employers fighting unions.

The result for millions of American workers has been devastating.  Wages have stagnated.  According to the Economic Policy Institute, from 1979 to 2018, the productivity of U.S. workers increased 69.6 percent, consumer prices have gone up by 217 percent, while household incomes increased by only 11.6 percent.  Profits have soared to the business and financial sectors of the economy, creating a new class of millionaires and billionaires but 3.4 million workers at fulltime jobs languish at or near the poverty level.  Millions more families require two wage earners to keep the family financially above water, but savings for a home or for sending children to college is still beyond their means.  And even for workers not near the poverty level, the standard of living is not what it was in the pre-1980 years.  THIS INEQUALITY IN INCOME COINCIDES WITH THE DECLINE IN THE STRENGTH OF THE LABOR UNION MOVEMENT IN THE UNITED STATES.

Labor is fighting back and this fight is now accelerating.  The rising tide of recent labor actions — strikes and organizing drives — often in the face of intensive union-busting counter-offensives by billion dollar corporations, is the latest in the fight against powerful employers to for a share of the wealth they are producing.

THIS WEBSITE IS DEDICATED TO PROMOTING THAT FIGHT FOR THE INTERESTS OF AMERICA’S WORKING PEOPLE AND THE LABOR UNIONS THAT REPRESENT THEM.

It will present a roundup of labor news and organizing drives, from a variety of sources, both inside and outside the labor movement, with links wherever possible to original sources, on the activities and struggles of workers to better their conditions and the events, good and bad, that affect them.  We hope it will make a contribution to the fight back of American workers for a better life.

PLEASE GO THROUGH THE FOLLOWING PAGES. YOU WILL FIND SOME VERY INFORMATIVE, AND IN MOST CASES, INSPIRING REPORTS ON THE WORKING MEN AND WOMEN WHO ARE TODAY STRUGGLING TO REBUILD THE UNION MOVEMENT AND IMPROVE THE LIVES OF WORKING PEOPLE IN OUR COUNTRY. 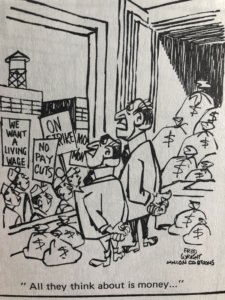