Dedicated in loving memory to Nettie Becker, lifelong teacher and fighter for peace, the rights of working people, and a better world for our children. 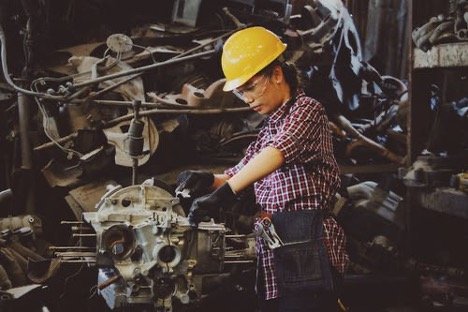 In 2010, an accident at Sea World in Orlando, Florida, resulted in the death of an employee.  A subsequent investigation by the Occupational Safety and Health Administration revealed that a second worker had died in a similar accident at another Sea World site and found an “extensive history” of incidents which could have resulted in deaths to employees.  The company was fined a mere $75,000 and ordered to install safety measures to prevent future accidents of this type.

Sea World went to court to contest OSHA’s verdict.  The lawyer for Sea World claimed that it was the worker’s responsibility, not the company’s, to address the issue of unsafe conditions.  The corporate attorney in the case, Eugene Scalia, son of right-wing Supreme Court Justice Antonin Scalia, has spent a major part of his professional career fighting for companies against unions and against rules that protect workers.  Ironically, but in what had become typical, he was appointed in 2019 by President Trump to become Secretary of Labor, a cabinet department that was created to protect the interest of working people, including their right to organize.

In his capacity as Labor Secretary, he has pointedly sided with business interests over employees in enforcing rules to protect workers and on issues around the right to organize unions.

Forty Years of Attacks on Unions

And Scalia’s just one.  For the past 40 years, beginning with the administration of Ronald Reagan, Republican administrations have deliberately and systematically put the government on the side of employers fighting unions.  And for longer than that, unions have been on the defensive against well-financed, coordinated, and highly sophisticated attacks that have substantially reduced their membership.  From representing about one-third of American workers in 1960, virtually all in the private sector, now only about seven percent of private sector workers have unions representing them and fighting for their interests.  The number is boosted a bit by the growth of public sector unions in this period which now represent 35 percent of teachers and other governmental workers bringing the total union membership in the U.S. up to only about one in ten.

Corporations that once accepted collective bargaining as a price for labor peace have been waging war on working people.  They have used a number of tactics to create a national atmosphere hostile to union organizing.  These include the hiring of high-priced lawyers like Scalia who twist the laws that were drafted to protect workers, congressional lobbyists to push anti-union legislation, and financing “educational” foundations like the Freedom Foundation – set up to tilt public sentiment against unions.

The result for millions of American workers has been devastating.  Wages have stagnated.  According to the Economic Policy Institute, from 1979 to 2018, the productivity of U.S. workers increased 69.6 percent, consumer prices have gone up by 217 percent, while household incomes increased by only 11.6 percent.  Profits have soared to the business and financial sectors of the economy, creating a new class of millionaires and billionaires but 3.4 million workers at fulltime jobs languish at or near the poverty level.  Millions more families require two wage earners to keep the family financially above water, but savings for a home or for sending children to college is still beyond their means.  And even for workers not near the poverty level, the standard of living is not what it was in the pre-1980 years.  THIS INEQUALITY IN INCOME COINCIDES WITH THE DECLINE IN THE STRENGTH OF THE LABOR UNION MOVEMENT IN THE UNITED STATES.

Labor is fighting back and this fight is now accelerating.  The recent attempt to organize Amazon workers in Alabama, though unsuccessful in the face of Amazon’s intensive union-busting counter-offensive, is the latest in the fight against a powerful employer to gain collective bargaining rights.

THIS WEBSITE IS DEDICATED TO PROMOTING THAT FIGHT FOR THE INTERESTS OF AMERICA’S WORKING PEOPLE AND THE LABOR UNIIONS THAT REPRESENT THEM.

It will present a roundup of labor news and organizing drives, from a variety of sources, both inside and outside the labor movement, with links wherever possible to original sources, on the activities and struggles of workers to better their conditions and the events, good and bad, that affect them.  We hope it will make a contribution to the fight back of American workers for a better life.